168 Hours: What You Do with Them Makes All the Difference

168 Hours: What You Do with Them Makes All the Difference

Two men were sitting in a diner booth together and discussing the 20th high school reunion they’d recently attended. It turned out that a few of their classmates had become extremely successful, while others struggled to reach their life goals, working hard, but barely breaking even.

The men discussed rumors of inheritances and lottery winnings, only to dismiss those possibilities. They eventually arrived at the question, “What truly differentiated our classmates in terms of their success?”

Only One Thing Is the Same for Every Living Person 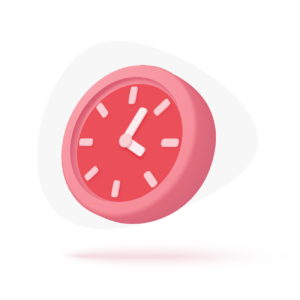 A man in his 70s was sitting at a nearby table, wearing a flannel shirt and Levi’s jeans. He stood up and turned to the other two men, uttering, “168 hours — we all get the same amount of time each week. Some are very intentional about how they use that time and others, well, let’s just say it gets away from them.”

Then, the older man smiled and walked slowly to the front of the diner. He paid for his meal and left a generous tip before walking out the door. The two men asked the waitress if she knew anything about him.

Billy Magnus had come to town 40 years earlier, working as an hourly laborer with only 10 dollars in his pocket and a desire to become successful. Over the years, he’d accomplished his goals, becoming a highly successful business person with several exceedingly profitable ventures.

When the two men learned this, they endeavored to meet Billy Magnus. Mr. Magnus, when asked, happily agreed to join the two of them for a conversation and share some of his wisdom.

Mr. Billy Magnus began to speak. “When you’re intentional about the use of every minute, it might seem as if there’s no time for fun, rest, or family. But, that is not true. Prioritize your health, sleep, and time with the ones you love. These things come first! In fact, I set aside 49 hours for sleeping, 2 for hygiene, 7 for dinner with the family,7 for exercise, 7 for learning new things and keeping my knowledge current, and 8 for tasks around the house.” 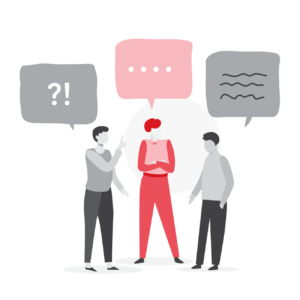 “The remaining 88 hours of the week are broken down into 44 for work (I figure I need to do a bit more than everyone else) — 7 for other meals, 7 for work travel, and 9 on unanticipated items. That leaves me 21 hours a week, or 3 hours a day, for pure fun!”

The two men looked at each other, and then began to question Mr. Magnus about the rigid structure of his life.

He responded, “No, wait a minute. Which of you can say that you actually spend three hours each day learning something new, prioritizing your family, and investing in your health? Does that sound rigid, or does it sound intentional? Have you considered how much time people devote to social media, television, and other idle pursuits? Do they use their time at work to maximize their return, or do they simply trade five days of their life each week for two days on the weekend… where they allow that time to slip away as well?”

Mr. Magnus went on to say that wasting time, or allowing it to pass without intention, is the same thing as burning money. He claimed that every hour is a resource to be maximized.

“I imagine there are people who look up after 20 years and wonder what they did with their time. I’ll let you both in on a secret. That was what happened to me in my first 20 years after high school. I traded five days for two days each week, and had nothing to show for it. My wife left me because I was lazy and undisciplined, and because I did not take the time to learn the fundamentals of success.”

“Using your time intentionally is the very first of these fundamentals!”

“I want to give you an example of how this works,” Mr. Magnus continued. “The way I explained my use of hours each week doesn’t tell the whole story. Most weeks I have even more discretionary time, because I get a double word score on my hours! When I exercise for an hour each day without fail, I also listen to something that helps me to learn and improve. I use my time traveling in my car to listen to audio books, get investment advice, communicate with business contacts, and grow my capacity to better understand the world.”

“By getting a double word score on my time, I create margin for being more efficient in my work, extra time with my wife and family, projects around the house, and to invest in the relationships that matter to me.”

Plan the work and work the plan

“Every day at work, my first job is to plan. I plan the day, prioritize my list of tasks, and look for opportunities to get a double word score. That 10-15 minutes each morning gives me the structure to be intentional about how I invest my time.”

Then, with a wry look on his face, Mr. Magnus added, “Without planning the work, how does one expect to work the plan?” 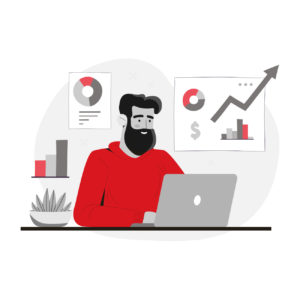 An hour passed very quickly and eventually the group stood, ready to part ways. The two men asked if Mr. Magnus would be willing to meet with them again in the future and share further insights. Kindly, Mr. Magnus agreed.

He said he would be happy to continue these conversations for as long as they were helpful, on one condition: That the two men agreed to put the information to good use in their own lives, and share their progress with Mr. Magnus. They couldn’t keep the steps to success to themselves but, rather, needed to promise to pass them on, so others could also put them into action.

The path to becoming a great leader starts by managing yourself. Take the first step by downloading our free eBook today.