Hierarchy Is Not a Fair Substitute for Leadership

Hierarchy Is Not a Fair Substitute for Leadership

We interact with hierarchies in nearly every aspect of our daily lives. The grocery store has a manager. The schools our children attend have principals. Companies have CEOs. Humans use hierarchy, and leadership structures, as a tool to impose order, delineate authority and provide a recognizable structure with which others may easily interact.

The Delineation Between Hierarchy and Leadership

Hierarchy is so ingrained within society that it’s often equated with leadership and the roles leaders should play within an organization. But, leadership and hierarchy are two very different things. Hierarchy can impose a structure, however, it does not reflect the key leadership functions of service:

There are many cases where a position on the “Org Chart” can seem like an end in and of itself. But, achieving a position of authority within the hierarchy is in direct opposition to how a successful leader should perform. 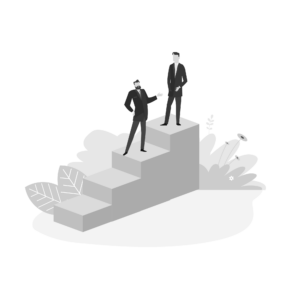 Exercising leadership as an empowered position of authority is certainly more expedient, however, it shouldn’t be the goal. This is because the role of a leader is far removed from the wanton application of positional authority.

When people are placed into positions of authority, or made a piece of the hierarchy, it’s vital they understand their responsibilities and are prepared to lead successfully. Instead of wielding power, leading entails serving team members and grounding work in selflessness and service to others.

Minimizing the Use of Positional Authority

“You will, because I am,” is a phrase often uttered by those in positions of authority who do not understand the foundational principles of leadership. 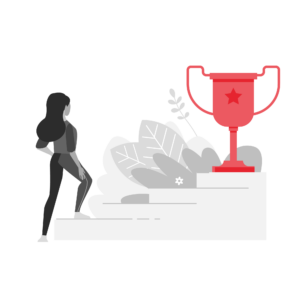 Team members will respond with energy and loyalty when they know they are integral to the team and appreciated for their contributions. But unprepared leaders have a tendency to disincentivize teamwork and shared ownership of outcomes by utilizing meaningless power plays. These power plays contribute little and have a long-term detrimental impact on productivity, retention, and quality of service.

It’s the duty of senior leadership, when placing a person into a position of authority, to prepare them for a successful role of leadership. This work should include:

Senior leadership must understand that investing time and resources into a new leader will have a far greater return than hoping that person miraculously picks up the fundamentals of successful leadership on their own. The window of time for a new leader to establish credibility with their team is very brief, making the urgency of these investments all the more clear.

Hierarchical structures, when utilized for the benefit of team members, the company, and customers, can create a sense among team members of being nurtured and supported. The actions of leaders are watched closely by those in their charge. 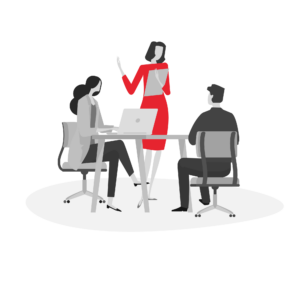 Great cultures emerge when leaders are relentless in their efforts to establish them. They support their teams, follow established norms and values, and contribute to creating fulfilling daily experiences. In consistently modeling their values, they steadily move their team toward the adoption of these same principles. Consistency and commitment to long-term goals grow the trust and loyalty necessary for great culture.

The need for entities to impose hierarchy is both clear and compelling. However, such structures have the potential to be either limiting or empowering. If they’re to be empowering, senior leadership must commit to ensuring those occupying positions within the hierarchy understand its best and highest use.

Are you looking for ways to support your star players in becoming the leaders of tomorrow? Download our free eBook today.