Send the Right Message: Why Internal Communication Is Vital

Send the Right Message: Why Internal Communication Is Vital

Effective leaders understand that their organization’s internal communication is its lifeblood. In the absence of information, even trusted and highly loyal team members can succumb to the perils of rumor. Without the correct context, they might speculate upon the direction of the company and their own future with it.

Successful leaders nearly always put protocols into place for individual and group communication with senior leadership and team members. These norms and systems allow trust and loyalty to flourish. Without the support of such systems, those in positions of authority will find themselves reacting to conjecture and speculation, rather than engaging in proactive communication.

When Things Began to Go Downhill 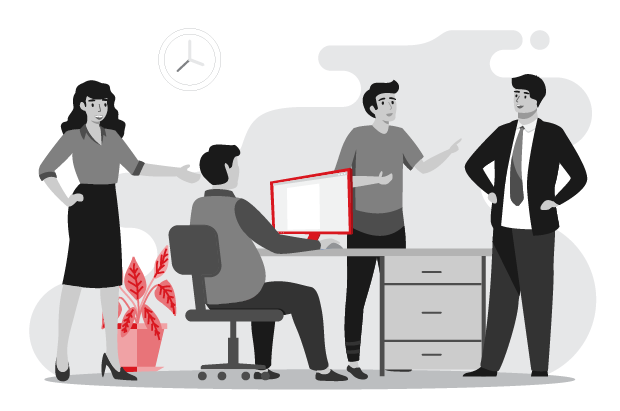 A new tech startup had been operating for 36 months. Then, four key team members left in the same week, challenging the ongoing viability of the company. The four had quickly become disenchanted, losing their trust in senior leadership.

These team members were highly skilled technicians in the area of cybersecurity and, because of their expertise, were very difficult to replace. They were core practitioners who had been with the startup from the beginning and were responsible for the majority of client deliverables.

Not only had the four practitioners delivered on work for established clients, but they were also instrumental in securing new business through their connections and quality of service.

How the Debacle Occurred

When the company initially formed, each of the four practitioners was provided with a 1% ownership stake as an acknowledgement of their anticipated contributions to the success of the business. The two owners also made nebulous statements about potential promotions and leadership roles later on down the road. 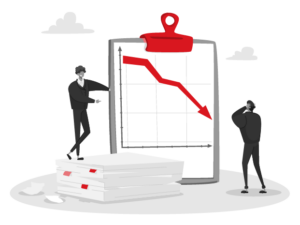 As good work was secured and completed, the company grew from 6 people to 20. New hires were added, including mostly technicians and sales people. Then, as the company was on track to grow even further, the two senior partners hired two persons with MBA qualifications. These new hires occupied management oversight roles above the four practitioners.

This decision was made without consulting the four.

Now, hiring the two MBAs may or may not have been the correct course of action from a business perspective. However, installing those two managers without any prior communication was an oversight. It caused an intensely negative reaction from the four founding practitioners, dissolving their trust for the partner owners.

Assumptions led to accusations and harsh words. The implied prior commitment in regards to promotions was brought up, but the senior leaders denied it had ever been made.

Senior leadership insisted that the four practitioners hadn’t acted as leaders while performing their highly technical roles. The four responded that they hadn’t been given any opportunities to grow, due to the large amount of work they’d delivered.

Misunderstandings made rational explanation nearly impossible. Mistrust and feelings of betrayal, whether justified or not, replaced what was once a successful set of working relationships.

And Then… the Fallout

The employment market for cybersecurity talent was strong, and each of the four practitioners had fostered plenty of connections through their previous work. Within a week of leaving their jobs, all four found new roles with new organizations.

The impact on their previous employer was devastating. The firm was fired from projects that were reliant upon the expertise of the four. Online reviews plummeted. Current clients were left in untenable situations, lamenting the inability of the company to make good on its promises.

Everything had gone well for three years, but the company’s promising future was gone in a mere moment of leadership failure.

Senior leadership lacked the foresight to anticipate the results of their actions. The company survived but is currently doing about 30% of its previous business. People who were hired during its initial period of growth were let go.

Now, senior leaders definitely have the authority to place people in positions of responsibility. However, when making these types of decisions, thought leadership is critical. Avoid:

Proactive communication could have changed everything. Overt acts of appreciation and gratitude for the four practitioners might have calmed their frustrations. Leadership may have been able to explain the need for two MBAs, while assuring the four team members they would still advance and share in the company’s future success. The moment could have been positive, solidifying the company’s upward trajectory. 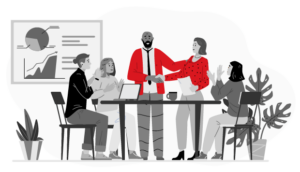 A logical decision can seal the demise of a company when it’s performed without consideration for internal communication. In this case, poor communication delivered a devastating blow to a company’s reputation, business, and leaders.

Want to prove yourself successful? Apply foresight in every case, especially when it comes to internally communicating key decisions.

Could you use a supportive coach to help you grow? Have questions about the executive coaching process? Download our free eBook today.