Passing the buck is the flavor of the day. The news cycle is filled with stories of powerful people blaming subordinates who somehow “let them down,” “did not measure up,” or were “disloyal and incompetent.” Leaders throw their team members under the bus as a show of strength, when doing so actually demonstrates quite the opposite.

Those who provide services to an organization are rarely charged with developing policy. There always comes a time when the people in these roles require the support of the leader to enact, or move toward accomplishing, the main mission. A leader who readily disposes of those in subordinate positions may appear to have the loyalty of their team members, but they have actually dissolved that loyalty through their own actions. 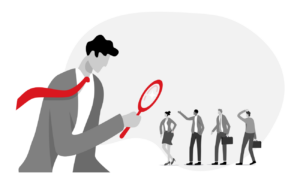 As a leader, your role is to step forward during challenges or crises. Allowing deflection, blame, and finger-pointing to become your currency is a sign of weakness. A person who leans on these behaviors might also use overly generous compensation, or promises of bright futures, to entice others to work for them, but it won’t be long before those team members realize the arrangement is merely a transaction. When one or both parties consider it no longer fruitful, the transaction will end.

What It Means to Take the Hits and Pass the Credit

When a person in a position of authority ridicules and demeans a subordinate, it’s akin to a school bully kicking another student out of the cool club. The entire construct is base and temporary in its effect and application. When tolerance for the cult of the bully dies, team members will rapidly abandon the bully.

Take responsibility at every opportunity for the direction of your organization, charges given to team members, and the eventual outcome of the work. Pass on accolades for the organization’s accomplishments to your team. Empower your team members’ growth and future endeavors. When you do these things, you demonstrate power and strength. 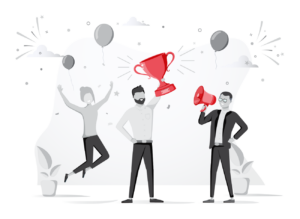 When they go poorly, even if there was a substantial failure on the part of a team member, a leader who takes responsibility sends the message that, “When you try but fail at something that has been asked of you, I am here to support you.” Even when performance is so poor that it requires dismissal, a powerful leader is gracious during the separation. They do not take advantage of the situation for personal aggrandizement.

A team follows a leader because they see their own self-interests aligned with the leader’s mission and vision. If you want your team to invest fully and share ownership of outcomes, make it clear that the work you do together is based on mutual respect and shared accountability. Take the hits and pass the credit, weather challenges and successes together, and loyalty and trust will emerge.

Leading from the Front

Some leaders disappear when a crisis hits, only to show up later and take credit for the work of those who actually saved the day. When a leader utilizes positional authority to put their name on another’s work or take credit for a team member’s innovation or courage, it breeds cynicism, distrust, and toxicity. 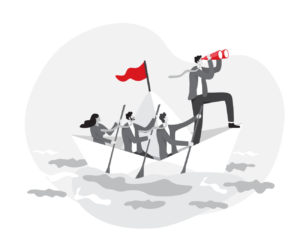 In contrast, a leader who comes up with a great idea, and allows another to see it through to a point of public success earns a great deal of admiration. Take the hits during an extended process of building consensus. Then, allow your team to be seen as the creators and deliverers of the solution. This will quickly grow your team’s trust in you.

True leaders invest, not in their own success, but in the success of their team. Take the time to know your team so well that you can perceive opportunities for their success.

The expression “leading from the front” is often applied to military commanders who make decisions based on what is observable from the front, even if it places them in danger. They’re intimately connected to the outcomes of their decisions and willing to put their own skin in the game. Their teams are also well aware of this fact.

Juxtapose this leadership approach with that of the leaders who keep themselves far from danger, making decisions with detachment and impunity. Such leaders are hard-pressed to earn the same deep loyalty from their teams. Be present and exposed, empower and acknowledge your team, and absorb the discomfort of a process, so your team can shine. These are the actions of a true leader.

Take your first steps along the path to becoming a great leader. Download our free eBook today.