A person arriving or transitioning into a new leadership role might feel excited, hopeful, and slightly overwhelmed. These emotions can also be accompanied by a sense of having reached a goal or “arrived.” For many new leaders, getting promoted to a position of authority is an object of attainment they’ve held for months or even years. 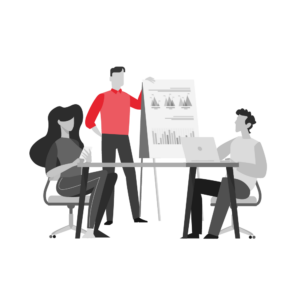 Achieving the position is, in a way, the end goal.

But it isn’t the end. Congratulations are most often followed by a meeting with senior leadership. Areas of pressing attention are outlined that will require many hours of hard work to fix. The transition often means moving into a new department or space and developing a working relationship with a new assistant.

Several more tasks, requirements, moves, and interactions appear without warning, all of which seem to hold a similar level of urgency.

Starting Out on the Right Foot

Most often there are two types of aspiring leaders who enter into a new role: 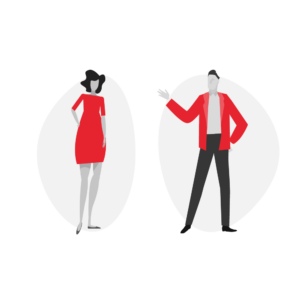 For the latter to be truly impactful, they must quickly acquire a modicum of humility, the wise counsel of those who have gone before them, and the personal discipline to learn what they don’t know about service to others. Without this timely transition in mindset, their time in the leadership role will likely become an exercise in positional authority with a countdown clock attached.

New leaders must be able to effectively discern the relative importance of all the demands on their time, as well as establish an order for when and how each will be addressed. Consider that team members are also evaluating every move, communication, action, and response their new leader makes.

New leaders frequently misunderstand the scope of the challenge. When they focus on areas of minor importance and allow areas requiring critical attention to go unaddressed, it sends a message to their team, whether intended or not. Instead, a new leader must consider the vital importance of:

These activities must precede all else.

Growth Is the Leadership Journey 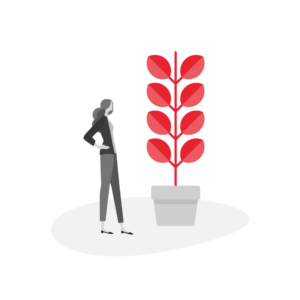 As a new leader, if you’re to grow professionally, you need the self-awareness and humility to accept learning and listening as part of your role. Many in positions of authority are far more enamored with telling than listening. If you’re to be in service to your team, doing so requires a fundamental understanding that the best idea won’t always be yours. When the time comes to take credit for success, pass that credit authentically to your team. Invest in their growth and future success, even when it would be easier to focus on the task at hand.

Growing as a leader requires a level of transparency that many find initially uncomfortable. Admitting that you’re still learning can feel unsettling. However, when your team understands that you have the foundational pieces in place, and that your service is in their best interest, they’ll genuinely appreciate your authenticity.

There will be many pressing situations with the potential to drive you into saying, “I’m the boss. I know the answer. I’m supposed to know the answer.” While it is part of your job to deliver, an immediate need does not always equate to a primary priority. If you are momentarily pulled to address an immediate issue or concern, make sure you return to your value-driven priorities. This is the most important thing. It’s not uncommon for new leaders to get caught up in the undertow of the immediate without ever finding their way back to that which is essential over the long term.

The Example Is Often the Most Powerful 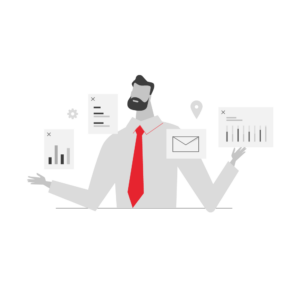 Most people recognize leadership by example when they see it. During a leadership transition, many teams will have a collective wait-and-see mentality. It’s your authentic and repeated actions that will help to build trust between you and your team.

In the crucial first weeks, there will be many events and distractions to pull you away from the essential work of leadership. Without a deep understanding of leadership and what it entails, it’s easy to become lost in the myriad of those competing demands.

Ralph Waldo Emerson once wrote that, “Your actions speak so loudly, I can not hear what you are saying.” As a new leader, you must remember that your example of leadership will go much further than any words of explanation you offer.

Are you ready to begin your intentional leadership journey? Download our free eBook to develop your purpose, skills, and abilities.