Control. Influence. Let Go. These words have become a hot topic in many circles, where arguments abound that it’s important to recognize what we can control, what we’re able to influence, and the things which must be let go. It’s a valid framework, but it can also tempt leaders into inertia if they’re not careful.

When the narrative drifts, leaders sometimes find themselves in a mindset where they allow events and next steps to take their natural course. This turns the focus, whether intentional or not, to those tasks that are more easily managed.

Thriving Does Not Occur by Accident

Effective leaders understand their priority should be to make the work environment for their team the best it can possibly be. They’re deeply aware that the cornerstones that allow their team to thrive are:

With this understanding, effective leaders do not simply resign themselves to allow events, initiatives, or economic forces to occur without their influence.

You must seek to fully understand and embrace the forces acting upon the potential success of your team. Work to expand your area of control and influence as far as you’re able. Do this while seeking to minimize the portion of your work that resides outside your control. Consider that the belief and trust of your team is rooted in the leader who is able to exert influence and control where others struggle.

Why Influence Is so Important for Leaders

Little frustrates team members more than a powerless manager who repeatedly explains that they can’t possibly move forward with the requests and ideas of their team because it’s outside their control. When you resign yourself to forces outside your control, especially if your team has the perception you haven’t made all possible efforts, your behavior might be viewed as ineffectual.

Team members want leaders who are willing to go to bat for them, even if the outcome isn’t always exactly what’s desired. The willingness to even try extends your positive influence. If you’re able to achieve repeated progress, even small, incremental progress, your team members will be more likely to perceive you as effective. 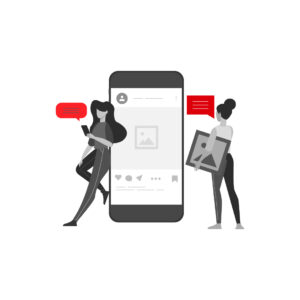 When you consistently expand your area of influence and control, you convey to your team members that their efforts are more likely to meet with acceptance and success because they have a leader who is their champion.

This is in direct contrast to a person in a managerial role who reports regularly to the team that, “we can’t get there from here.”

Right or wrong, a team’s level of positive perception and belief in their leader finds its way into nearly every phase of an operation. First and foremost, it’s the best recruiting tool a team can have. Everyone wants to be on a winning team. Having a leader who can deliver is a strong draw. When you’re able to cultivate a perception amongst your team that their contributions and ideas will meet with success, you’re also adding greatly to the level of purpose they attach to their daily work.

When adversity hits, as it always does, a leader with a track record of successfully promoting the ideas and work of their team will weather the storm far better than those who simply traveled on the prevailing winds. When you need to request extra effort from your team, they’ll be far more willing to do so after a history of support and advocacy.

Maximizing the Scope of Leadership 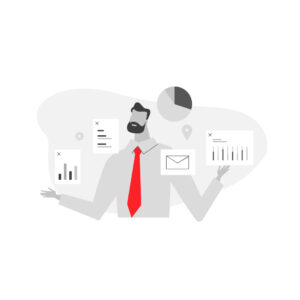 Don’t simply accept the status quo and take an inventory of what’s currently within your control and influence. To be an effective leader, you should look intentionally at how to expand those areas. Don’t seek influence and control simply for the sake of influence and control, but to exercise those traits on behalf of those you serve. Remember that you are working to make your organization as effective and productive as it can possibly be.

One of the characteristics successful leaders are recognized for is an ability to navigate systems for the benefit of all. This is another way to describe influence and control over forces that would, unchecked, drive an entity toward mediocrity.

One of the ways outside leaders frequently sell themselves during the interview process is as individuals capable of driving results where others cannot. Why consider them if they weren’t capable of doing so?

That isn’t to say you shouldn’t ever let things go. Some things are truly beyond the control of your influence and it’s wise not to devote energy and resources to lost causes. Yet, you should still stove to expand your influence as far as possible. Successful leaders know that the bounds of leadership extend much further than most imagine. They also know that a self-imposed limitation is often the most limiting.

Are you ready to become the best leader you can possibly be? Get in touch with our team to become FiredUp! today.