How Great Leaders Implement Plan B

Previous Next
How Great Leaders Implement Plan B

As a leader, you’ve worked diligently to make every facet within your organization the very best it can be.

Teams meet collaboratively to discuss ways of making the work more productive, efficient, and fun. Inclusion of team leaders and the sharing of information are functioning at an all-time high. Production numbers are strong, with projections for record sales in the near future. There’s also the culture which, by several measures, appears to be at its best point since the company’s founding 10 years ago.

Best of all, the initiative you have been championing and leading toward is all set to roll out. And then…

A Past Successful Approach May Not be Appropriate for a Crisis

Few folks saw it coming. A large economic shock to the country or surprising event arrives on your doorstep and a huge wrench is thrown into the works.

You invested so much into the newest initiative over the last two years that the thought of walking away from it makes you physically ill. You know you’ll likely lose most, if not all, the momentum and work that’s gone into it. Intellectually, you know that moving forward with this project won’t bring about the results you intended, given the recent turn of events.

Effective leaders are people of thoughtful and purposeful action. Waiting and doing nothing has never been your modus operandi and you’re aware that, in the last economic downturn, a strategy of inaction led several competitors to fold.

Pushing ahead regardless of the factors the company faces might feel good. As Admiral David Farragut said, “Damn the torpedoes and full steam ahead!” But, if you’re invested in the long-term success of your company and team members, this isn’t always the wisest course of action.

Step back. Take a moment to properly assess the situation with trusted advisors.

Something might work during a positive economic climate but require an alternative route given the depth and breadth of challenges present. Perhaps in the past what worked was:

However these responses might not be appropriate to your current situation. As a matter of fact, without careful reflection, they could prove to be the undoing of all you and your team have worked for. Letting those efforts go by the wayside due to an inaccurate response would be a shame.

The next steps are very important.

Creating and Implementing Plan B

When thoughtful entities do in-depth planning for unforeseen events, they model them through tabletop exercises. These simulations, which force entities to consider ramifications well beyond what one might perceive in the moment, lead to contingency plans. 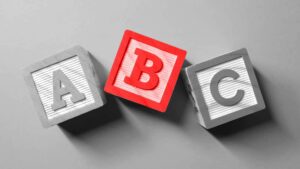 These contingency plans are possible and probable responses where eventualities have been considered and discussed in advance. While the real crisis may contain differing factors than the exercise, it gives leaders several advantages.

Decisions made in time of careful and considered deliberation are, as a rule, far better than those made under duress in the middle of a crisis. Senior leaders can work together, share in the discussion, and include input.

Then, when a crisis appears, leaders are better positioned to take measured and appropriate action. They aren’t paralyzed by the situation and, alternatively, don’t find themselves rushing into a set of counterproductive actions.

Having a plan B, as well as predetermined steps to implementation, is very important for any business or organization. When the time comes, successful organizations react with a thoughtfully considered plan. While modifications might be required, the plan is still a strong position from which to begin.

A Crisis Is Not the Time for “Ready, Fire, Aim!”

A leader who is in a position to communicate intelligently and thoughtfully — and who can reference planning and inclusion in the process — will find themselves in a much better place when a crisis hits. If the goal of the leader is the long-term health and well-being of the business and the team members, such planning is essential.

Knowing that most leaders will face such situations several times during their career, an investment in planning is a wise course of action.