How to Stop the Negative Impact of Bad Leaders

How to Stop the Negative Impact of Bad Leaders

The Boeing 737 Max was intended to be a new gold standard for modern jet travel. It promised to be more efficient, have a longer range, and become as ubiquitous as previous iterations of Boeing’s classic 737 design. 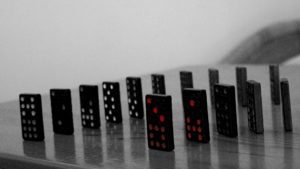 But, there was a problem.

Under the leadership of then CEO, Dennis Mullenberg, corners were cut in production and safety was compromised. Two planes crashed, killing 346 people.

Beyond the tragedy of the crashes, Mullenberg’s actions had a devastating effect on Boeing. Stocks plummeted, orders were canceled, and one of the largest aviation companies lost their trusted reputation. The negative impacts of his decisions are likely still not fully understood.

Poor leadership can devastate an organization and destroy team morale. Knowing how it happens can help you prepare and defend against bad leadership.

Let’s say you start a new job at an up-and-coming startup. They’ve got incredible products and you’ve seen their CEO speak at a few events. They seem inspiring and to really care about their employees, so you can’t wait to begin. But after a few months, you notice a few things.

First, your CEO is rarely around. Instead, they’re usually giving interviews, talking about how they came up with their ideas. Second, your managers seem incredibly stressed out. When you ask for direction on a project, you’re met with exasperation and told to figure it out on your own. When you do complete something well, they’re not congratulatory, they’re just glad it’s done.

Over time, you lose motivation to do well. All you care about is avoiding stressful interactions with your co-workers. You no longer look to the CEO for any kind of direction, and you cringe whenever you have to work with your managers. When you talk to other team members, they all feel the same. The one thing you can all agree on is that you’re only going to work hard enough to avoid getting fired while you look for a better job somewhere else.

Some version of the scenario above is playing out almost constantly at organizations everywhere. A self-involved leader demands everything from his team without giving them any credit or directions. When that happens, employees become disillusioned, unmotivated, and inefficient.

Poor leadership is a virus that quickly infects teams and organization. It destroys morale by:

Over time, morale starts affecting relationships within teams and wreaks havoc on company culture. “Poor leadership dis-incentivizes creativity. It dis-incentivizes efficiency, it dis-incentivizes innovation. It disrupts the manner in which people interact and kills positive interactions,” says Tim Yeomans, Fired-Up! Executive V.P. “Once everybody’s in it for themselves, it’s a negative spiral, just like a flushing toilet.”

The good news is, poor leadership isn’t a death sentence. People can change. Ineffective leaders can be honed and developed into agents of positivity.

How to turn negative impacts into positive outcomes 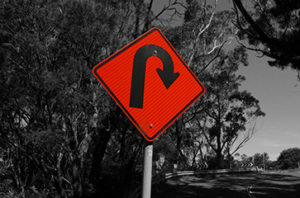 In many cases, negative leadership is best dealt with by doing a total 180-degree turn. Narcissistic leaders learn to be more selfless, poor communicators work on their clarity, and those who are disorganized focus on tools to help them find structure.

Regardless of the issues facing your leadership, there are two constants that will improve the capacity of any leader or team member as soon as they’re implemented.

When leadership lives up to the promises made in inspiring speeches and motivational memos, they’re guaranteed to improve the quality of morale throughout the organization.

Those who lead by example are truly motivated, invested, and willing to get in and do the work.

2) Go to the pressure

Leaders must take the first step toward improved efficiency by being the first to step up and tackle challenges head-on. Like a general charging into battle, leaders who go to the pressure inspire their teams to do the same.

Get started with leading by example and going to the pressure by scheduling 1:1 conversations with your team members. Find out what you can do to support them and then take immediate action to do so, even if it’s challenging. You’ll create a new positive point of reference and begin shifting morale for the better.

Stop letting bad leadership take your organization in the wrong direction. Connect with us today.