Previous Next
In or Out?

Cooperative teams fuel success. Cooperation requires trust. How do we build trust? Researchers who study the human brain tell us our brain categorizes everyone as either a member of our in-group which translates to like us, or as not part of our in-group which translates to other. The controlling factor in whether we lean toward trust or lean toward suspicion is whether the person belongs to our in-group. Our response to everyone differs because of the in or out judgment made deep in the primitive part of our brain. 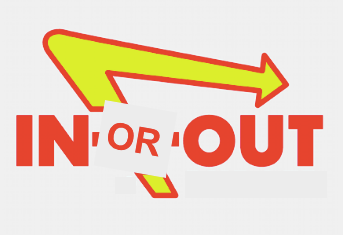 The in or out judgment is automatic. It’s going to happen. How do you build a cohesive team when some members of the group perceive some or all of their co-workers as other?

The key to overcoming the unconscious biases that arise when a co-worker is defined as an outsider is to change the way each member of the team defines their in-group. It’s easier than it sounds because there are selfish reasons to define teammates as members of one’s in-group.

When your brain judges someone as other, their proximity to you is stressful. Your mind and body are alert for signs of danger. Re-defining teammates as members of your in-group gives the primitive part of your brain permission to relax instead of being constantly on guard. When you’re less stressed, your mind works better. You’ll solve problems faster and you’ll have more fun.

Team building exercises help a team develop cohesion. Defining teammates as members of your in-group makes team-building easier. As long as some team members are defined as other, part of the brain will hold back from forming strong bonds.

The part of our brain that makes the judgment about whether someone belongs in our in-group uses our personal definition of our in-group to make the decision. The way we define our in-group is determined by the thoughts we think. When we consciously affirm that we are safe with our teammates, our mind will begin perceiving them as part of our in-group. When we do, everyone wins.