There’s a significant, ongoing misconception that the moment someone is granted a title and position of authority, they miraculously turn into a leader. It is odd how such beliefs can continue to persist when the study of leadership has shown that it takes intention and training to develop a good leader. 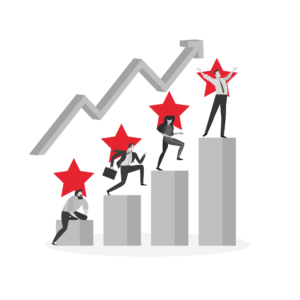 Many aspects of our lives are easy due to quickly attained comforts and disposable pleasures. We’ve grown used to instant gratification, a dynamic that can manifest in the ways many businesses think about leadership.

Perhaps you name a new person to a role. You provide them with a number of tasks to complete and issues to fix. Then you send them off to do, “whatever it is that people with titles and positional authority do.” This series of actions is common when appointing new leaders. But, it meets with such mediocre success that it’s a wonder it persists.

The long-term impact of positive, ongoing leadership cannot be overstated. When considering the power of this impact, one begins to wonder at the prevalence of practices such as those described in the paragraph above. Could this approach be credited to familiarity, impatience, or simply ignorance on the part of senior leaders? Long-term success is greatly enhanced by the application of foundational leadership strategies. Investing time and effort into growing leaders not only makes sense, but is imperative. 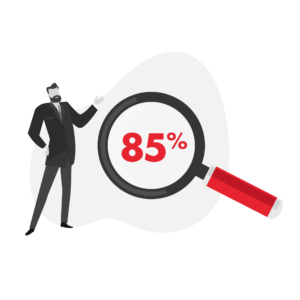 Some people might argue that, in the past, team members were tougher and didn’t require any of this “soft stuff.” That simply isn’t the case.

When positional authority was exercised in an incompetent manner 50 years ago, people felt no more connection to to it then than they do today. Research by Dr. Edwards Deming, a prolific engineer, professor, statistician, author, and more, may have been the first wake-up call. He made a point to describe the ills of traditional positional management strategies and believed that, “Eighty-five percent of the reasons for failure are deficiencies in the systems and process rather than the employee. The role of management is to change the process rather than badgering individuals to do better.”

He was not the only one aware of the shortcomings of positional leadership. Many people were intimately in tune with the frustrations resulting from this approach and craved to understand what effective leaders were doing differently and how those leaders went about their work.

Teamwork Is the Difference Maker 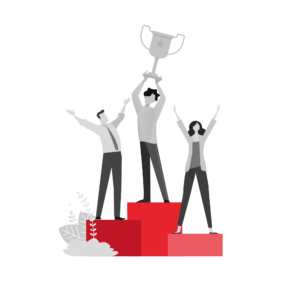 Do you wish to create a genuine sense of teamwork among your workers? Do you want them to proceed with purpose and share ownership of their successes? Such a team resides in stark contrast to one where a person issues orders to a group of people who are simply complying at a minimal level in exchange for compensation and benefits.

Yes, people do work for the rewards of salary and benefits. But, they become highly productive, creative, and innovative when they see themselves as part of something more meaningful than a mere existence transaction.

A collective effort ending in an amazing achievement that no single person could have accomplished alone is a sought after occurrence. We, as a society, celebrate such achievements with parades, movies, and public adulation. People vicariously connect themselves to the success of great teams, seeking to identify with that which makes them so special and rare.

The job of any leader is to create, within their working environment, a place where that level of meaning and connection can be found.

This goal stands in direct opposition to the exercise of authority for its own end. Managers who drive groups toward production goals with the use of threats, or the promise of personal benefit for themselves, quickly realize that their teams will not be as invested as they are. Team members will only continue to perform until they no longer carry a sense of worry about their well-being. Toxic leadership strategies also ensure that, once people see they have other options available, they’ll leave in large numbers, very quickly.

The Why of Shared Ownership 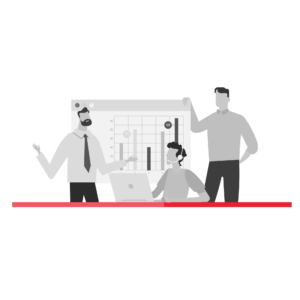 Creating a culture of shared success isn’t merely a tool for retaining valuable team members in a competitive job market. It’s more than a strategy to build loyalty, trust, and capacity among those who might hold leadership positions themselves one day. It’s also not limited to the very real goal of raising and maintaining ongoing high levels of production and performance.

Foundational principles of leadership are key to the long-term success of any company. When businesses realize this and commit to investing in these principles, they are making an investment in the future, including:

These collective efforts show results in the form of intense customer loyalty. They also manifest as a self-perpetuating recruitment apparatus, attracting the best and the brightest. Most importantly, such a commitment places real value upon the shared experience of all involved, including leaders, team members, customers, and company owners. It sends the message that each day spent working together toward a common goal has more value than a short-term change of the quarterly balance sheet.