Previous Next
Don’t Just Tell The Truth, Live The Truth

David Ogilvy – called by many “The Father of Advertising” – transformed brands around the world (Dove, Rolls-Royce and American Express, to name three) and made tens of millions of dollars for himself and the companies he showcased.

When he wrote one of his famous lists, titled, The qualifications I look for in our leaders are these, his number one had nothing to do with advertising or brand or making millions. Instead, it was this:

If you want to lead, impact individuals, and, change a culture, you must consistently do two things:

Tell the truth.
Live the truth.
But better to get hurt by the truth than comforted with a lie.
—Khaled Hosseini

The Importance of Telling The Truth

The most painful annual review I ever received included this answer to the question: Does this person perform his work in a positive, helpful manner?

“No, not usually. Generally in a condescending way.”

In the same review, a different coworker answered the question: Does this person perform his work in a way that makes you feel like your opinions count?

“In a word, no. I don’t feel like he values others input or respects their opinions.”

My supervisor, when he received this feedback, had two choices: deliver it straight or sugarcoat it in let’s work on these platitudes. I got the straight story.

For the next year – because bold coworkers told the truth and because a brave manager was willing to let that truth be told — I grew.

My growth led to a change in attitude toward my own work. That attitude shift had a remarkable impact on the relationships with the two coworkers who had so bravely delivered the difficult annual review. Since we three were part of the same small service team, the growth and development in our relationship caused a dramatic impact on the culture of our team. That was four years ago, and today I consider both reviewers dear friends.

Stolen bread tastes sweet, but it turns to gravel in the mouth.
–Proverbs 20:17

Telling the truth is vital if you strive to be an effective leader.

But your people are watching you. Your actions tell your employees and your coworkers more than your words ever will. If your goal is to be an authentic leader, with a team willing to walk into any battle on your right and on your left, you have to live the truth. 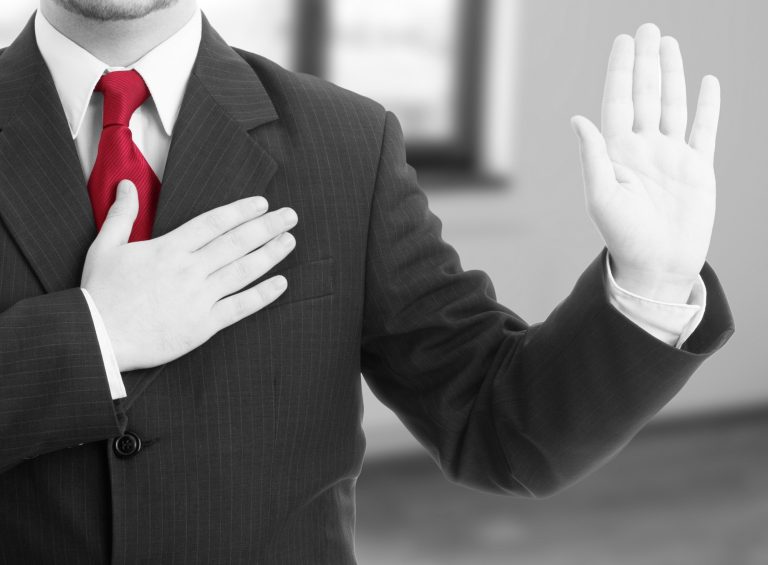 From the first day of a new job I began in 2009, I left the office every day no later than 5:00. I wanted to advance in my career, I wanted to grow into a position with more authority, but I also wanted to set an example that I wasn’t willing to sacrifice my family for my job.

During the first year alone, three people pulled me aside in the hallway, or the kitchen, and said something like:

“I notice you leave on time every day.”

They let it linger there, right on the border of compliment and accusation.

“I do,” I responded each time. “I give my best every minute I’m here, but I have a family and they need me now.”

As I’ve advanced in my career, and my title has changed, I’ve kept the same habit. I leave the office by 5:00 p.m. 99% of the time. There are seasons when I’m back online for a couple of hours in the evening after the kids are in bed, but the core of the evening is reserved for family time.

If you live out the truth, people take notice. The brave ones will ask you about it. Everyone will see it and in one way or another be changed or influenced.

Learn From Your Children

Pretty much all the honest truth-telling in the world is done by children.
– Oliver Wendell Holmes

Kids are honest to an often comical degree, calling things exactly as they see them, convention and social norms de damned.

My brother, when we were little kids standing in line at the post office with mom, shouted at the man in front of us “You look like a big, fat pig.” My mom, she tells me, grabbed my brother’s arm, horrified, and braced for the response. Thankfully, the man couldn’t hear well and turned around only to say: “Hello, nice little boy.”

In order to be an authentic leader, you need a childlike curiosity and a childlike ability to speak truth (even when it hurts; though a little self-restraint is NOT a sin).

As a leader, you should have a tireless curiosity about your people. Who are they? At the office? Outside of the office? What kind of music do they like? What are their strengths? What drives them to succeed? What slows them down? What areas do they need to work through with you? What’s their favorite movie? Who can you connect them with so they can break through a personal or professional barrier? What are their kids’ names? What teams do they coach? What connections can you help them make with mentors who might push their career forward?

A genuine, authentic interest in who your people are and who they are becoming will win over fans and form a team that will fight by your side.

Employees who feel cared for, who feel as if their manager knows them and cares about them and has their back, with receive necessary criticism with grace and composure that you’d never see from a disgruntled, frustrated employee.

The bottom line: relational equity makes it much easier for you to speak the truth boldly.

If you want to be an effective leader – in your family, in your career, in your other relationships – you must, in Ogilvy’s words, have “high standards of personal ethics.” You must be consistently willing, to tell the truth, and live the truth.

Are you ready to live the truth through your team members? Connect with our team today to start making a real impact on your organizational culture.