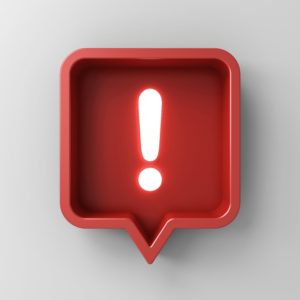 The biggest mistakes public leaders make start with the Hope and Wonder Program. All of the big mistakes ultimately fall into this basket.  Leaders say, “I hope this works,” when they launch an initiative. When it fails they say, “I wonder why it didn’t.”

The best way to avoid the Hope and Wonder Program is conducting the due diligence it takes to identify what comes next. That “next” could be for your project or program, your team, customers — anybody else in your ecosystem.

The idea of knowing what happens next — the intended and unintended consequences of your actions — is essential for leadership. You have to do more than ask, “What do you have to lose?” A leader knows the answer when they know what’s next.

Consider aircraft manufacturer Boeing. What happened next for them and the 737 Max passenger jet was tragic for passengers and their families. Boeing will suffer too — probably longer than anyone has suggested. They will ultimately sell all the new passenger jets mothballed at their Renton factory, but once those planes are gone, what will the next 10 years look like for them?

As you look to become a leader who knows what’s next, here are 5 common mistakes to watch out for.

The first big mistake leaders tend to make is relying on the words “me, my, and I.” We live in a world where communications render the concept of the all-knowing individual obsolete. If you don’t understand that success relies on “we, us, and our,” you miss opportunities for insight and knowledge from all directions. Teamwork succeeds.

Teams succeed where individuals fail when leaders understand the business concept of “slack.” It refers to unrealized value, usually expressed in profit dollars, in their business or manufacturing processes. The people with the greatest knowledge about those processes are the ones doing the work.

Motorcycle manufacturer Harley-Davidson had a longstanding issue with a bolt on the rider seat falling off. Riders complained, yet the problem persisted until top brass changed their management philosophy when faced with shutting down for good. Management found the solution to the seat problem quickly and easily when they asked the people on the assembly line what they should do. A tack weld taking under a minute took care of it. Slack turned into good will among assemblers and customers. Harley-Davidson remains vibrant today.

Mistake 2: Credit where no credit is due

Taking credit for others’ work is toxic to the workplace. When you take credit for your staff’s accomplishments, you undermine their trust. It’s a widespread phenomenon, but one that can backfire on leadership.

You, as leader, have to take the heat when things go wrong. You also have to make sure that team members receive recognition for their contributions. You’re not gratifying individual egos, you’re ensuring stability in your workforce while strengthening team bonds. You share and  pass the credit.

You make company survival more likely when you attribute success to your team. That high-performing individual is more likely to stay instead of logging onto a job board and using their accomplishments to land work elsewhere. They don’t have to hope their 15 years of making things better for management ends up with everyone wondering why they left.

Don’t go with your intuition or gut instinct when making decisions. This isn’t a strategy and often ends up as “ready, fire, aim!,” especially with new products or services. Like impulse decisions (see Mistake 4 below) success rarely occurs.

Consider Nick Saban. His track record as head football coach of the Alabama Crimson Tide places him among the all-time best. He’s known by fans for calling amazing plays at just the right time. You might want to credit him with psychic ability or superior football DNA.  Sorry, but that’s garbage.

The opponent might not have expected that game-changing play, just like the fans, but Nick and his staff did. The decision was informed by his more than 20 years experience as head coach, aided and abetted by nine months of team practice on the play just executed. It worked so well because they waited for the right opportunity.

You can be a leader who displays brilliant intuitive insight only if you’re willing to put in the time, effort, and research in advance. When you study regularly, you’ll put yourself in a powerful position. You’ll have the tools to take advantage of challenging situations that others might have difficulty analyzing.

Mistake 4: “Dude, check this out!” – Leadership by impulse

Impulse, first cousin to gut instinct, is another fallacy. It can be the exercise of many things — authority, opinion, emotions — but what it is not is leadership. Almost everyone loves hearing about a huge success when a leader decided to go with his first impulse and ignore contrary evidence. Unfortunately, every successful story adds to the mythology.

Even your impulses rely on experience, though. It’s cumulative, so you may not have the details of the favorable evidence informing the decision, but they live on the path you chose to get wherever you are now.

We don’t hear about the failures. Silicon Valley was littered with them after the collapse of the tech sector in the early 2000s. Investors were wowed by emerging new technologies but didn’t really understand them, so they relied on gut instinct.

They fell prey to enthusiastic technology-savvy entrepreneurs whose pitch was based on “wouldn’t it be cool if it worked?” Mostly they didn’t. An entire regional economy spiralled downward.  There is no leadership in impulse.

Everyone loves a winner, but the Big Winner is just another big myth. It, too, is a close relative of gut instinct. It’s based on the irrational notion that we can make random probability work in our favor. Your odds will never be better than 50-50, no matter how many times you flip a coin.

You don’t have to be an urban planner or utilities expert to figure out that somebody has to pay for all those lights on the Las Vegas strip. Casino owners figured that out a long time ago and they made sure the odds were always in their favor — better than a coin-toss.

You’ll have better odds at becoming a big winner — and successful leader — if you are very well prepared and schooled well enough to see a need. You create your own luck when you align your teams to fulfill that need. Heads I win, tails you lose.

These mistakes are common and highly visible because our society is drawn to what’s quick and what’s easy. Business leaders, under enormous pressure to get results now, are no exception. Company shareholders want meteoric quarterly growth. We don’t talk about investments that return 6% over 40 years. We focus on “unicorns” instead, companies that triple their worth in six weeks before fading into obscurity.

Quick and easy is habit-forming and always comes with a cost. A business that compromises its core values in favor of experience and convenience will eventually lose public trust in its brand, a loss that begins with a loss of trust in its leadership.

Try leading with a vision shared throughout your organization instead. Start the transformation of your company culture by downloading our free workbook.