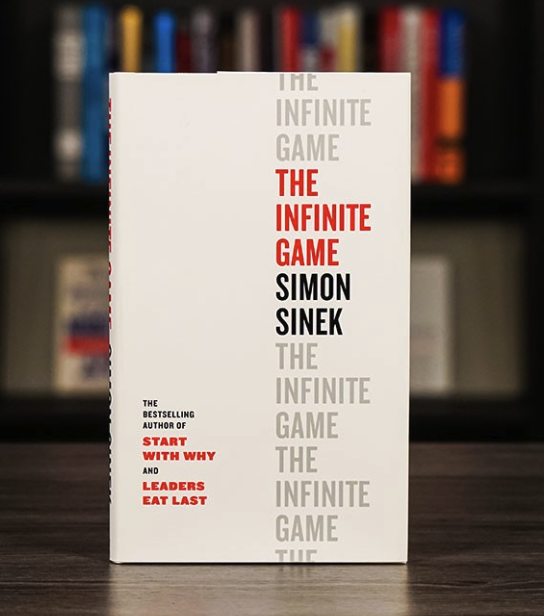 In the book, The Infinite Game, author Simon Sinek expands greatly upon the original concept of “finite games” and “infinite games” first shared by religious scholar James P. Carse in 1986. Sinek does an eloquent job of explaining the conceptual differences between a finite game (one with a winner and a loser, fixed and agreed-upon rules, known players, and a defined outcome) with an infinite game (one where the object of the game is perpetual play, rules are fluid and changeable, and the opponent may not even be known).

Conceptually, he applies the examples of both finite and infinite games to several business, political, and societal structures where he asserts that many leaders do not fundamentally understand the game in which they are exerting influence. He clarifies how the mindset of the “player” has a great deal to do with whether they are spending time in reaction and comparison (beating their opponent in the moment) or whether they are competing on a level of perpetual self-improvement, performance improvement, and behaviors that allow the person or business to remain in the game for a sustained timeframe (realizing success in the long-term).

Without a possibility of “winning” the goal of the infinite game is to remain playing, optimistically at the highest level, and to better performance through actions that align with a “long view”. He contrasts the traps of quarterly profits and “beating one’s business competitor” in the short term as strategies that are often counterproductive to success in an infinite game.

The book contains message after message that is relatable to the importance of culture in the workplace and the mindset of leaders when making important decisions. The reader will enjoy the interesting contrast and examples that Sinek uses to illustrate the contradictions in the behaviors that we often see from leaders of business, nations, or organizations who are responsible for performing on an infinite playing field but doing so with a finite perception of their role and purpose.

At Fired Up! Culture, we regularly assist our clients to see the value of the long-term perspective and to build the capacity of leaders within the organization to serve with purpose. Author Simon Sinek, in The Infinite Game, does a superior job of making the case for examining one’s perspective and view of the business challenges one is facing. He also challenges the reader to consider how long-term investments in the health, capacity, and workplace culture of your business can bring about success in the infinite game!