The Key to Helping Employees Go Above and Beyond

The Key to Helping Employees Go Above and Beyond

“… My only real motivation is not to be hassled. That and the fear of losing my job. But you know, Bob, that will only make someone work just hard enough not to get fired.” — Peter Gibbons, Office Space 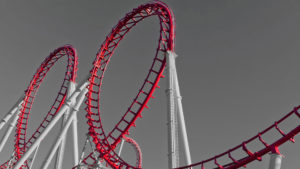 An executive assistant was noticed because of her excellent abilities in math and organization. She was also ambitious and took on a project to create a new system for tracking purchase orders.

Her work was valuable and offered the company major data insights. But there was a problem. Shortly after she created it, her boss left. After that, nobody used it. When she realized what was happening, this excited assistant went from being one of the most productive members on the team to being completely unmotivated.

She ended up leaving, and the company lost an incredible asset.

“People are unmotivated and unproductive when they do not see the connection of their efforts to their work,” says  FiredUp! Executive Vice President Tim Yeomans. Understanding how to make that connection is the key to preventing motivation loss at your organization.

Everyone wants to feel like they have a purpose, whether it’s at work, or home, or even socially. People want to fill a role, be recognized for their contributions, and know that they bring specific value to whatever group they’re a part of.

Here are three of the biggest factors that lead to a lack of motivation.

Imagine a friend gives you a recipe that has no measurements. Would you simply throw your hands up and quit? Or would you stumble through and guess the amounts, then get frustrated when it tasted horrible?

If a team member has no idea what the goal of their work is, there is no way to know when it’s done, whether it was done well, or how to judge its value.

Feedback isn’t just about awarding gold stars and patting people on the back. It’s about sending a message that the work someone does matters, that it’s noticed, and that they are accountable for the results.

Positive relationships, systems that serve, and a focus on building the capacity of those they lead are the cornerstones of a great work culture.

These three components illustrate that a company appreciates its employees, embodies its values, and holds everyone accountable for doing the best job they possibly can. Without it, motivation cannot thrive.

Beyond these core motivation-drivers, organizations must zoom out and think of the bigger picture. If employees are the most valuable resource you have, how are they being treated, and how are they treating each other? That’s where abundant grace comes in.

Abundant grace embodies a willingness to see the good in people and to forgive mistakes.

Practicing abundant grace sees that people, regardless of race, creed, national origin, or gender are blessed with innate goodness, talent, and an ability to do great things together.

As human beings, we share a responsibility with one another to hold individuals personally accountable for their choices. Abundant grace colors those interactions with positivity at all times.

Abundant grace also shows genuine concern for the community. In the early days of McDonald’s, founder, Ray Kroc, would lead his employees out into the streets before opening for business, and together they would pick up trash around the neighborhood. In this simple daily chore, they were physically demonstrating ethical behavior.

There’s an incredible study that surveyed more than 9,700 employees from businesses, nonprofit, and government organizations in 32 countries across the globe.

Employees were asked how they viewed their organization.

Researchers found that employees who believed their organization was ethical were the most valuable. They worked extra hard and went above and beyond to do what was best for their customers.

On the other side, a full 53% percent did not feel connected to their organization’s values. Ultimately, it was this population of employees that were most likely to abandon their work and find a position elsewhere.

Abundant grace is the glue that binds an organization’s values and ethics to its employees. As a leader, supporting a work culture that embodies abundant grace significantly improves team member satisfaction and retention, and it boosts productivity at all levels.

Creating a culture of abundant grace starts with you. Start doing the work of transforming your company culture by downloading our free workbook.