Every group of people who live and/or work together learns to get along by observing the often unwritten, but commonly understood social contract. A social contract tells people what to expect of one another, what roles they play, and how to be successful in the group. Elementary school kids observe a social contract that tells them where they fit in on the playground – the strong and the swift rule over the weaker and slower. In a college fraternity, the upperclassmen rule over the pledges. Those who rule either by intimidation or subtle manipulation fight hard to preserve the status quo.

To those in positions of authority, telling others what to do and how to do it may seem perfectly appropriate – especially if those under their authority seem to be unable or unwilling to take responsibility. But, why it is that people who are able to function as responsible adults off the job – raising a family, participating in community-building activities, and paying their taxes – fail to behave responsibly on the job? I would submit that this occurs because these people are simply conforming to a social contract that really doesn’t expect them to behave responsibly.  What’s even more unfortunate is that when people in a conventional work environment are finally given a small amount of authority, they often show symptoms of what I call: The Deputy Fife Syndrome.

What is the Deputy Fife Syndrome? The syndrome is: “asserting control or authority in an inappropriate or destructive manner – as a bully.” If you have ever watched “classic television” you know that Barney Fife was the hyperkinetic and comically inept deputy sheriff played by the late Don Knotts on the 1960s television series, The Andy Griffith Show. It was Barney’s ham“Well I happen to have this low sugar blood content, and if I don’t get my lunch by noon I get a headache and I’m no good to anybody.”-handed approach to exercising his power and authority as a deputy sheriff that often got him into trouble. Undoubtedly, you’ve seen people in the workplace who behave like Deputy Fife: the coworker who, put in charge of a meeting, shuts down any ideas other than his own, banging his fist like a judge pounding a gavel; the newly-promoted frontline supervisor who issues orders to his former coworkers like a drill sergeant; the middle-manager who micro-manages everything, insisting that every action and expenditure be approved by him; the senior executive who issues draconian rules in response to every little mistake.

“This isn’t going to be kids stuff”

The Deputy Fife Syndrome: asserting control or authority in an inappropriate or destructive manner – as a bully.

As a customer, you’ve also no doubt experienced people who display symptoms of the Deputy Fife Syndrome: the technical support person who refuses to help you resolve a software problem in simple language you can understand; the retail clerk who takes an officious tone while explaining that you can’t return a pair of pants without a receipt – even though he has access to a computer record of your purchase; the maitre d’ at a restaurant who refuses to seat you ten minutes before your reservation even though the table is open and waiting; the traffic cop who treats you like one of the FBI’s ten-most-wanted criminals even though he pulled you over because your left brake light was out. The justification often given by these bullies is that they are “just following the rules” (of the social contract.)

Don’t misunderstand; the rules of the social contract are useful in that they give us the boundaries within which we can be successful. Rules keep us from harm. Rules provide structure upon which society or an organization can function and thrive. Rules help us get along with our neighbors and resolve our disputes. But rules can also get in the way; and in the hands of someone behaving like Deputy Fife, can be used as weapons. Deputy Fife’s problem was that he enforced the rules at the wrong times and for the wrong reasons. Rules were a vehicle for asserting his limited authority over others, and in so doing, protecting his fragile self-esteem.

For someone susceptible to the Deputy Fife Syndrome, being given a small amount of power and authority can be like taking a powerful drug. Having felt powerless in the past or having been victimized by their abusive bosses, the Deputy Fifes of the world are likely to exercise their newfound authority with great zeal, but often without compassion or wisdom. When given the opportunity to exercise even a small measure of authority, a worker who has been abused by other Deputy Fifes may become a bully.

Managers and supervisors showing symptoms of The Deputy Fife Syndrome may justify their bullying behavior by rationalizing that the people working for them can’t be trusted. They base this on their experience that the more they assert their authority; the more the people who report to them resist and disappoint them. Like Deputy Fife, they may see themselves as morally superior. They never stop to think that their authoritarian 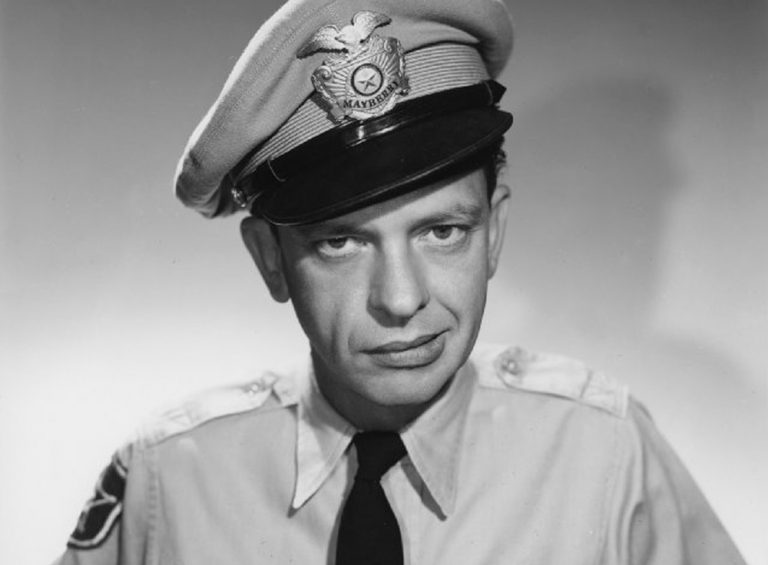 application of power might be the cause of responsibility-inhibiting behaviors and poor performance. They prefer to believe that lazy, incompetent, and morally deficient people surround them. When the pressure is really on, Deputy Fifes have a tendency to try to bring order out of chaos by bullying the people under them into compliance.

One of the underlying reasons people put into a position of authority behave like a bully is because of what Dr. Carol Dweck calls a “fixed mindset.” “The fixed mindset creates an urgency to prove yourself over and over,” says Dr. Dweck. “If you have only a certain amount of intelligence, a certain personality, and a certain moral character—well, then you’d better prove that you have a healthy dose of them.” In other words, people with a fixed mindset tend to believe that their talents and abilities are set in stone; so they try to look smart and talented at all costs. They avoid anything that might make them look stupid or incompetent and employ tactics to shift the blame for their failures onto others. What often looks like a display of excessive pride and arrogance often turns out to be a cover for underlying insecurity, low self-esteem, or even self-loathing.