Picture a major power line that’s had all its copper wires replaced with aluminum. As electricity passes through the aluminum wire, it starts to smoke and burn.

Why? Because, unlike copper, aluminum is a poor conductor of electricity. High resistance means all that energy becomes heat, wasted to the outside environment. When leaders underperform, it affects the entire organization negatively. Team members lose clarity, projects get delayed, and, just like the aluminum wire, energy is wasted through highly resistant systems.

Unfortunately, underperformance isn’t always easy to spot, or it creeps up on teams who don’t realize it until they’re bogged down.

An effective leader is typically the most organized person in an organization. They’re the one who moves the company’s mission and vision forward.

On the other hand, an underperforming leader may attempt to delegate this task by saying things like, “Get there however you can get there.” But that sort of ambiguity is exactly the kind of behavior that breeds underperformance.

Three key signs of an underperforming leader typically include a lack of:

When leaders lack these essential skills, it directly impacts their ability to support team members effectively. Those who aren’t supported start to lose motivation and fulfillment. Slowly, they start to become less efficient, and the organization as a whole begins to suffer. In time, underperforming leaders create underperforming teams.

Where does underperformance come from?

“When a leader is not operating at their best, what ends up taking place is that people are busy, but they may not be as productive as they could be. Oftentimes, confusion leads to wasted effort.” — Tim Yeomans, Executive V.P. of Fired Up! Culture 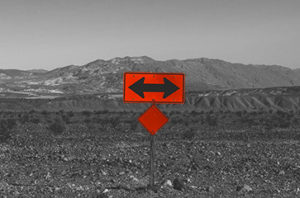 Let’s go back to that leader who says, “Get there however you can.” That direction might catalyze two different teams to start working on a project independently.

After a few weeks, they realize they’re crossing each other’s boundaries, which leads to conflict because there isn’t a clear delineation as to where everybody’s contributions reside.

Team members will always underperform in organizations crippled by:

“A very, very effective leader is very clear about where everybody’s contributions reside and what the expectation of those contributions are so that there’s no needless replication. There’s no loss of focus, there’s no wasted time. There’s no misalignment in timelines,” says Yeomans.

Yeomans notes, “If you get into organizations that don’t function well, you almost certainly will find an absence of values and norms that are alive. They may have them, they may be hanging on the wall, but they very likely aren’t being employed or followed.”

When is it too late to recover from underperformance?

Letting people go is a reality every leader has to face at some point.

Sometimes, things just don’t work out. But, letting someone go on a whim is counterproductive to your organization. It sends a message to that person, and to your teams, that you do not value their efforts and investments enough to work with them to help them improve.

If someone is underperforming, leaders should take the time to help them reset by following these steps.

Arrange a 1:1 meeting so that you can communicate your concerns, make your expectations of their accountabilities and responsibilities clear, and offer support to help them reach those goals.

Follow up with them at regularly scheduled intervals to check in on their progress.

Continue offering support and answering questions as needed to help them succeed.

In cases where you’ve taken the steps above but your team member simply isn’t reaching their goals, then it’s time to let them go. But, do so with dignity, care, and genuine kindness, the same way you handled all previous conversations.

Underperformance can come from anywhere, but it often begins at the leadership level. A clear lack of focus, direction, and organization from leadership trickles down into teams and infects the relationships of everyone else.

Take your team from underperforming to crossing chasms for your company. Connect with us today.