Editor’s Note: This post was originally published in December 2018 and has been revamped and updated for accuracy and comprehensiveness.

“Incivility among team members can sink a team as surely as a well-placed torpedo can sink an aircraft carrier.” — Chris Ihrig, CEO of FiredUp! Culture 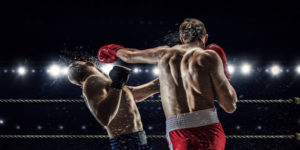 In some organizations,  a title seems to give some people the idea that they can get away with any sort of behavior. People throwing binders across rooms, managers yelling at team members in front of others, and less theatrical, but more insidious, forms of drama, like gossip around the water cooler.

Drama isn’t just uncomfortable. It’s a critical failure in any workplace. It increases stress and leads to retaliation, rumination, and lower levels of cooperation even among those who weren’t involved in the incident. Plus, it can also lead to avoidant behaviors that interfere with the effective functioning of a team.

Leaders who want to build the capacity of others, improve relationships, and develop an exceptional work culture must recognize and respond to drama as soon as it enters the workplace.

Understanding the Net Effects of Drama

According to a study by the Harvard Business Review, employees respond to drama in a host of negative ways.

Here are just a few examples of how people reacted, according to a survey of more than 800 employees across 17 industries:

It’s clear that drama is a significant hurdle for organizations who want to reach their full potential. So, the question is: How can team leaders reduce drama?

“Leaders need to understand that positional authority in a title doesn’t make you a leader. The last card you want to pull out of your pocket is ‘You will because I am.’ ” — Tim Yeomans, Executive Vice President of FiredUp! Culture

Think back to your elementary school days and how tempting it was to misbehave when you were stuck doing a boring worksheet, or when you had a teacher who didn’t really care if you goofed off. The same is true for adults in any organization. When people don’t exemplify the organization’s values, when team members aren’t engaged, and when the consequences of incivility aren’t clear, drama happens.

Here are a few key tips for avoiding drama in the workplace.

Almost every business has an internal value statement or code of ethics. But it’s one thing to have it, and an entirely different thing to live those values out every day. Your organization’s values dictate the way team members interact with each other.

As a leader, you have an opportunity to be a model for your team members. When you treat everyone as kindly as possible, that behavior begins to mirror itself lower down in the organization.

Drama and kindness are equally contagious. It’s up to you to choose which one to spread.

Ample studies have shown that employees are happier when they feel productive, respected, and valued in their position. The same cannot be said of employees who feel bored or, even worse, that their work doesn’t matter.

Engaged team members are more creative, more collaborative, and happier, all of which leads to lower stress levels and a reduced risk of being rude or short with their co-workers.

Leaders who focus on providing team members with the resources, feedback, and support they need to be engaged with their work are far more likely to steer clear of drama.

Leaders must communicate with teams when uncomfortable situations arise. For example, if a manager yells at someone, there should be an immediate and clear conversation that such behavior will not be tolerated. It may feel awkward, but tackling issues head-on illustrates that the organization supports the rights of its employees to enjoy a drama-free workplace.

Avoiding drama isn’t always easy, or fun, or quick, but it’s critical for businesses who want to retain employees, maintain productivity, and drive creative collaboration. Getting to the point where drama is nonexistent, or at least rare, takes clear values, transparency, and a commitment to fostering full engagement.

In other words, the antidote to drama is culture, and you can start transforming yours today by downloading our free workbook.