Active Leadership in Times of Crisis

Active Leadership in Times of Crisis

Planning in Advance, Innovating with Purpose, and Being Available when Others Need You

This is the full-length version of our April 2020 Newsletter, if you are interested in receiving a monthly newsletter from us, click here!

On March 18, 2020, amid the confusion caused by the Coronavirus of employees being sent home and told to work remotely with no preparation, Rachel was sitting at her desk in her home office fielding calls from other Directors and Managers of Finance and Payroll. Because of a lack of preparedness, the callers had no idea of how they would accomplish the insurmountable task of paying their employees by the end of the month. Person after person sought expertise from Rachel. Time and again, she assessed the situation and offered step-by-step advice to leaders who were utterly unable to imagine this work being completed. Because she had taken on the challenge of repairing a system that had been functioning far below expectations and transforming into a model now emulated by her peers, Rachel had become the person to call in a crisis.

Rachel heard questions about navigating logistical issues had not been anticipated. Because of the very necessary security surrounding payroll processes, changes in access and the capacity to work from home would need to be coordinated with their IT departments in just a matter of hours. The impact of a pandemic was simply not an eventuality that leaders within most large businesses, private, public or non-profit, had even considered. In most companies, payroll is considered a regular process that just occurs. However, realizing that the moment employees are not paid, or are not paid correctly, the focus of those employees will begin to disengage. This is particularly relevant in a time of crisis when other factors weigh heavily upon them. With anxiety already high, a failure to follow through correctly with payroll means that focus on the work will be lost. The productivity of the business will be compromised, and most importantly trust in leadership will be eroded.

Rachel had been sought out by the CEO and COO of her company because they had experienced the loss of three Directors of Finance and Payroll in just over 7 months. Complaints had been coming in for years about the payroll department and still, the problems persisted. Each previous director had struggled to lead a team of people who spent every day of the month, every month in full reaction.  An undue amount of time was given each month to fielding complaints from employees whose compensation was incorrectly processed. Rather than completing the necessary work for the coming month, reprocessing mistakes were a regular part of the payroll process. An enormous amount of time was devoted to navigating antiquated and time-intensive systems that required these leaders and their team to process and handle the same information multiple times. Manual entry of data from paper timesheets inundated the team each month and led to hundreds of hours of overtime expected from the same team members month after month. The worst of the present situation was that the members of the payroll team, completely overwhelmed by the work, quit one after another. Rachel was brought in to fix all of this.

The Task: Aligning IT with Vision

In her first meeting with the CEO, COO and CFO the challenge was presented. This was to be the quintessential example of fixing the airplane while flying it. While producing a $22 million payroll for nearly 4000 employees each month, over her first 3 months she was also charged with completing an audit and assessment of the payroll system in its entirety. During her meeting with the CEO at the conclusion of her initial assessment of the system, she spoke very clearly, boldly and with conviction. She not only shared the findings of her investigation, but she stepped forward with a comprehensive plan that she had aligned with the CEO’s vision for the company and asked, very respectfully, for the time and resources to make this department a model for the entire company to follow. The CEO, impressed with 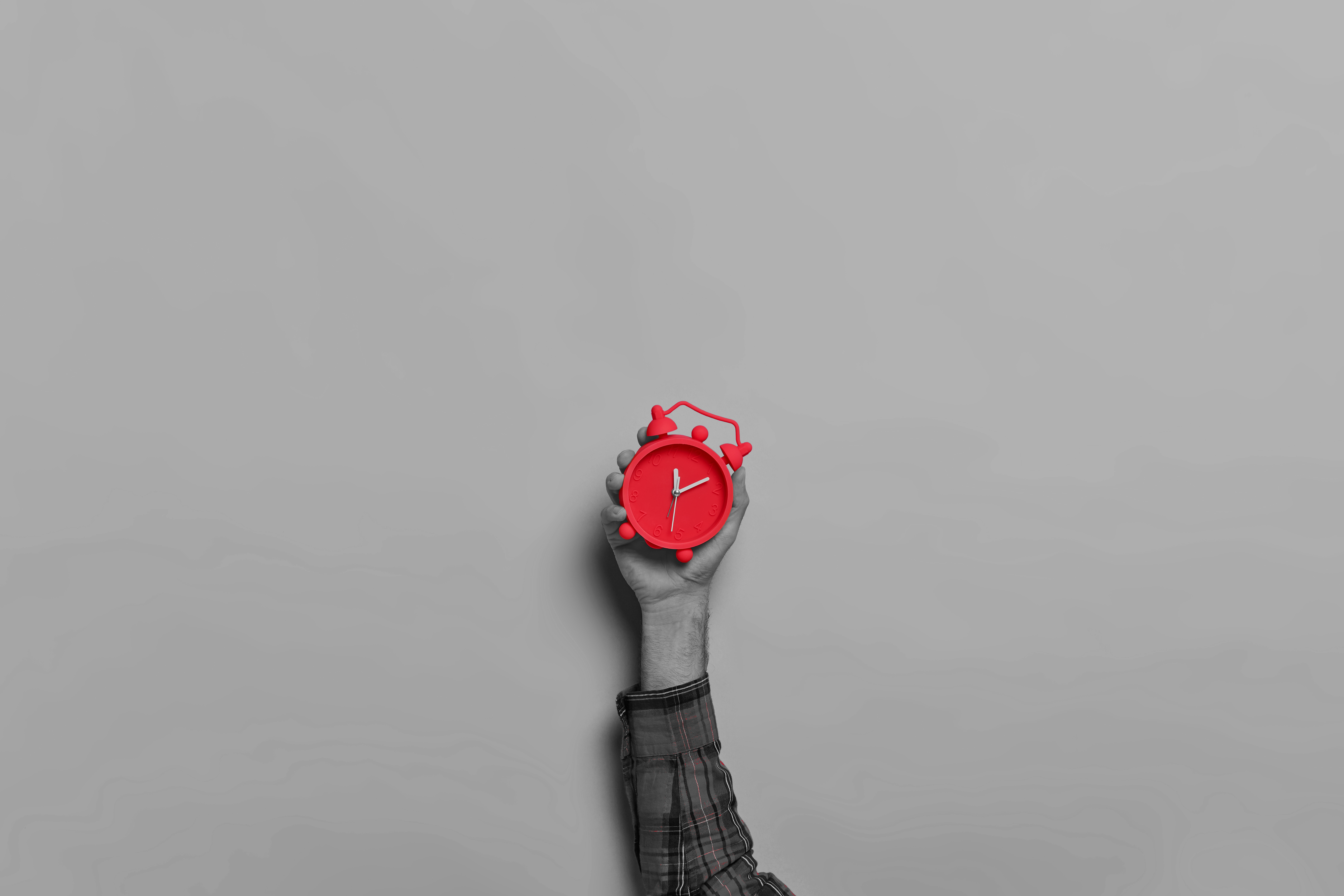 Her assessment of the system was thorough, her plan was well-conceived, and most of all her commitment and effort to align with the vision of the company was so compelling, that the CEO chose to devote time every month to meet with her and hear about the progress she had made on the plan and the distance she had traveled with her team. Their partnership and support for one another would eventually become the model and resource that industries all around would turn to in a time of crisis.

The Solution: Building the Team

Rachel began her work with a team that was disheartened and felt very unappreciated. Because of the nature of the work, there was to be no respite from the monthly production pressures. The list of major adjustments and changes that would be required to the payroll system stretched four years into the future. It would be a big job just to arrive at the point of being able to function efficiently, yet that was not her goal. Rachel shared with the CEO that she was going to build the best payroll team, the best payroll system in her industry. In the process, she had ideas for how to care for and grow her team. She had ideas for innovations that would be of benefit to the employees and to the HR team. Moreover, it was her goal to change the perception of the payroll office from one of low and negative expectations to the department within the company that received the most positive compliments for service and employee care. As she explained recently, she then set about addressing the issues systematically. Or as she put it, “eating the elephant one bite at a time”.

In her monthly sessions with the CEO, she explained how she aligned her short-term activities for the next 30, 60, and 90 days. She then made a plan for her intermediate goals over 3, 6, 9, and 12 months. Lastly, she made a large list of the major tasks and how these would eventually come to fruition over the course of the full year and beyond. She shared her plan regularly with the CFO and modified where needed. She and the CEO worked together on how to “market” the changes to the employees in an effort to change the perception of the payroll department. She pre-scheduled celebrations for the team for when they helped to meet the goals, however small. During all of this work, Rachel also set a personal growth target of becoming a resource for her industry peers, so that they might have a resource to call upon when accomplishing a similar challenge in the future.

While empowering her team members to be more proactive in their work, they set about tackling one major identified system change or upgrade each month in addition to payroll. As the list of improvements and accomplishments began to grow and the time spent correcting mistakes dwindled to single digits within the first few months, confidence in her team was emerging. As the celebrations and recognitions for the team members occurred in the presence of the CFO and CEO, the value that her team began to see in their work grew. During a lunch meeting with the CEO celebrating significant steps and progress toward improving the payroll system for the company, she was very proud to hear her department described as “the cornerstone” of the business. The CEO explained, “If we get payroll right, the entire company can focus on the mission before us.”

As her leadership of the payroll team began to show substantive improvements that positively served the organization, the success led to several of the team members growing and advancing in their careers. Rachel took particular pride in seeing what began as a “dead end” for employees becoming a sought-after department in which to work. As success followed, her department was regularly recognized within the company as an example of service, support, and alignment, Rachel began to see herself becoming the industry leader she aspired to be. With industry-leading systems now in place and the department function at a high level of efficiency, Rachel went well beyond the original plan. She began to innovate for very challenging eventualities. In the case of a natural disaster or unforeseen event, how would the system function? Her planning involved building the contingency with the IT department for the entire team to work remotely, have back up systems, and redundancy in training. This would ensure that payroll happened even in the face of some drastic unforeseen situation.

Upon the conclusion of the overall initiative, her department is the model upon which all others in the company are built. In addition, during the midst of the Coronavirus pandemic, the payroll for her company was processed and awaiting distribution at the end of the month, two weeks ahead of schedule.  During this time of crisis, she is a resource to many and a positive example to all leaders within her company and field of expertise. She has shown the power of developing and following through on a well-conceived plan. She also appears to be a genius for her forward-thinking and contingency preparation. Planning for the unexpected has allowed her to become the industry leader she set out to become. Bravo Rachel!

Tips on Leading The team in Times of Challenge 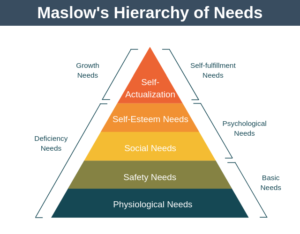 As a leader, it is important to remember that the manner in which team members will behave and perform when things are humming along will likely be quite different when challenging times arrive. In order to operate at their very best, people, as pointed out by Abraham Maslow, must have their needs met on many levels. When the needs in the several layers at the base of the pyramid are met, the person resides in a place of “esteem” and “self-actualization”. This is where we see the very best of our compatriots.

At the base of the needs pyramid are those that speak to physiological survival and safety. In times where layoffs may occur and the capacity to take care of one’s family is threatened, team members that we have come to know well and trust may begin to demonstrate behaviors that are not consistent with our experience of them. In short, when people feel threatened or insecure, they may well act differently than we expect them to.

Leadership, particularly in times of stress and challenge, requires that the message of caring and kindness is expressed. Taking time to listen to concerns and empathize with those we lead will help both the leader and the team members deal more effectively with the realities of the crisis. When it comes time to deliver messages that are difficult or uplifting, if the leader has taken the time to connect with the team and assuage some of the anxieties, these moments will very likely go far better.