The Importance of Early Success for a New Leader

The Importance of Early Success for a New Leader

One common practice in business and non-profit work is the act of placing a new leader into a challenging role and providing them with nebulous expectations and little direction. Instead of adequate support, the new leader is given a mandate to fix whatever is ailing the team and the parting words, “Be great! We’re all counting on you.”

A change in leadership can lead to better outcomes. But, when these changes occur, you must thoughtfully prepare. Put significant time and effort into creating the conditions, support structures, expectations, and targets for early and sustained success.

Every leader stepping into a new role hopes that things will go well and they will be successful. Initially, most feel overwhelmed and unsure of their ability to deliver. When support structures aren’t available and expectations are not clear, it does little to reassure.

Early, measurable success is as important to the company and team as it is to the new leader. It builds confidence in the company, grows the capacity of the team, encourages belief in the direction of senior leadership, and enhances trust in the new leader.

Commit to making the process of filling a leadership role more than a simple task or protocol. Bringing in a new leader should be perceived as an act of renewal, similar to a major milestone. 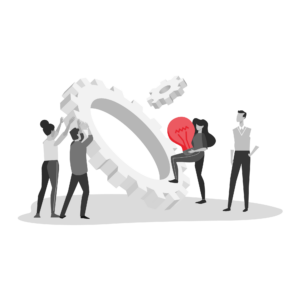 In the best-case scenario, a new leader comes in to replace someone who already created the conditions for long and sustained success. In a less desirable scenario, the new leader is placed in charge of a failing team, with the hope that they’ll be able to turn things around. In either case, that leader requires a scaffold of support and clear targets to bolster every aspect of their initial transition and early months.

Senior leadership must allow new leaders time to establish and nurture relationships with their team members. Transitions should allow for one-to-one meetings where the new leader can speak with team members and begin assessing morale, positive work aspects, and challenges. This relational base is the cornerstone on which long-term success is based.

In addition, you must stand ready to support changes resulting from these meetings and the new leader’s assessments of existing systems and organizations. The new leader also needs to be empowered to actively nurture the individual growth of their team members. This will make the workplace fertile ground where loyalty and trust can flourish.

Initial efforts often unearth challenges that can be addressed directly, creating clear and public successes for the new leader and their team. When supporting such changes, senior leadership is also viewed as highly responsive. However, when an issue is collectively understood to hinder the team, but no action is taken, it results in a perception that the new leader is ineffective.

“Learning to win” is a concept frequently cited by coaches who are successful at transforming ineffective teams.

When you “learn to win,” you practice the strategies that enable your leaders and their teams to succeed. Without the affirmation of success and the celebration of collective efforts, it is difficult for a leader to convince their team of a course of action. This means you should be first in line to celebrate when success begins to occur.

Support Does Not Equal Coddling 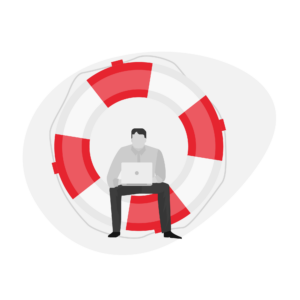 You want your new leaders to succeed. It’s to the mutual benefit of all when they do. It does require more time and effort to create and support the conditions for early success. But, that investment has the potential to lead to great savings of both those resources in the future.

High support and high expectations are reasonable agreements between a new leader and senior leadership. When you create reachable targets for your new leader and their team, that activity is linked with an expectation of increasingly independent improvement.

Provide your new leader with great support and they’ll understand you expect them to provide the same level of care to their own team. And, as attention is paid to nurturing positive relationships, creating systems that serve, and facilitating team member growth, a culture of success will emerge.

Develop the skills to lead your team and drive sustainable success within your organization. Download our free eBook today!