The Simple Steps That Allow You to Lead by Example

The Simple Steps That Allow You to Lead by Example

“Example is not the main thing in influencing others. It is the only thing.” — Albert Schweitzer, theologian, doctor, humanitarian, and more

At any dog park, there’s normally an eclectic mix of dogs. There might be hyperactive puppies, calm older dogs, playful golden retrievers, expressive beagles, and intense bulldogs. If you observe for a while, you’ll notice that each of these dogs tends to fall into a different role. Some set the example, while others assimilate quickly, following their lead.

Not to compare humans too closely with dogs, but the same dynamic is not entirely absent from workplaces. If someone steps forward and sets a strong example, people tend to gravitate to them, making an effort to emulate their actions.

Poet Ralph Waldo Emerson said, “Your actions speak so loudly, I can not hear what you are saying.” Setting an example is about far more than words and intentions. Former halfback Rocky Bleier serves as an excellent example of someone who lived their values rather than merely speaking them and, as a result, inspired countless people to do the same.

During his service in Vietnam, Bleier suffered a terrible series of injuries. At the time, doctors informed him that his career playing football was over. Instead of accepting this prediction, Bleier chose to keep trying, showing up for training camp, embracing discipline, and spending two seasons attempting to capture a spot on the Pittsburgh Steelers’ active roster. Eventually, he accomplished his goal. While there were ups and downs along the way, he went on to become a four-time Super Bowl champion.

Bleier’s personal accomplishments were clearly exceptional, but they weren’t the only way in which he set an example. There was also the way he prioritized the needs of his team, doing whatever it took to support his teammates and contributing to a culture where people felt their work mattered.

This created an environment in which players were motivated to excel and support each other’s efforts.

The Elements of a Strong Example

To begin setting a strong example for your team, keep your focus on what you personally can accomplish within your sphere of influence. Break down the concrete steps involved, rather than remaining focused on a broad concept of leadership. 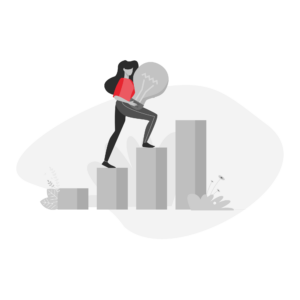 When you incorporate all of these behaviors into your leadership, you’re communicating their importance to your team. You create an expectation through your actions that will eventually become embedded into the culture, because intense, sustained alignment between values and actions creates culture.

Don’t merely say the right things. You might say that your organization is all about serving customers, but if you refuse to communicate with customers when they run into trouble with your product, that misalignment will quickly undermine any messaging. Trust takes years to build, but misaligned values turn people away immediately.

People tend to assume that these kinds of dynamics simply take care of themselves, but when a leader is not intentional about setting an example, eventually someone else will fill that void. As a work environment grows indifferent, you can count on someone stepping forward and imposing an order. That order is not always in the best interest of the group. 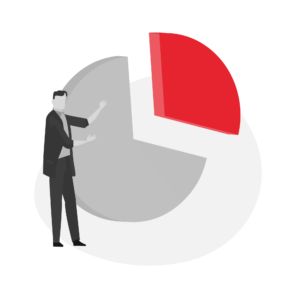 Offering an example and preventing a leadership void doesn’t require superhuman effort. Be sincere in your behavior and relentless in your actions. Look in the mirror each morning and ask yourself, “What can I do today to lead better? How can I reinforce my values with my actions?” Do this and your team members will follow your example.

Are you ready to create true change within your organization? Begin transforming your team today by downloading our free eBook.