A Book Review by the Fired-Up Team

Previous Next
The First 90 Days

The First 90 Days: Proven Strategies for Getting Up to Speed Faster and Smarter 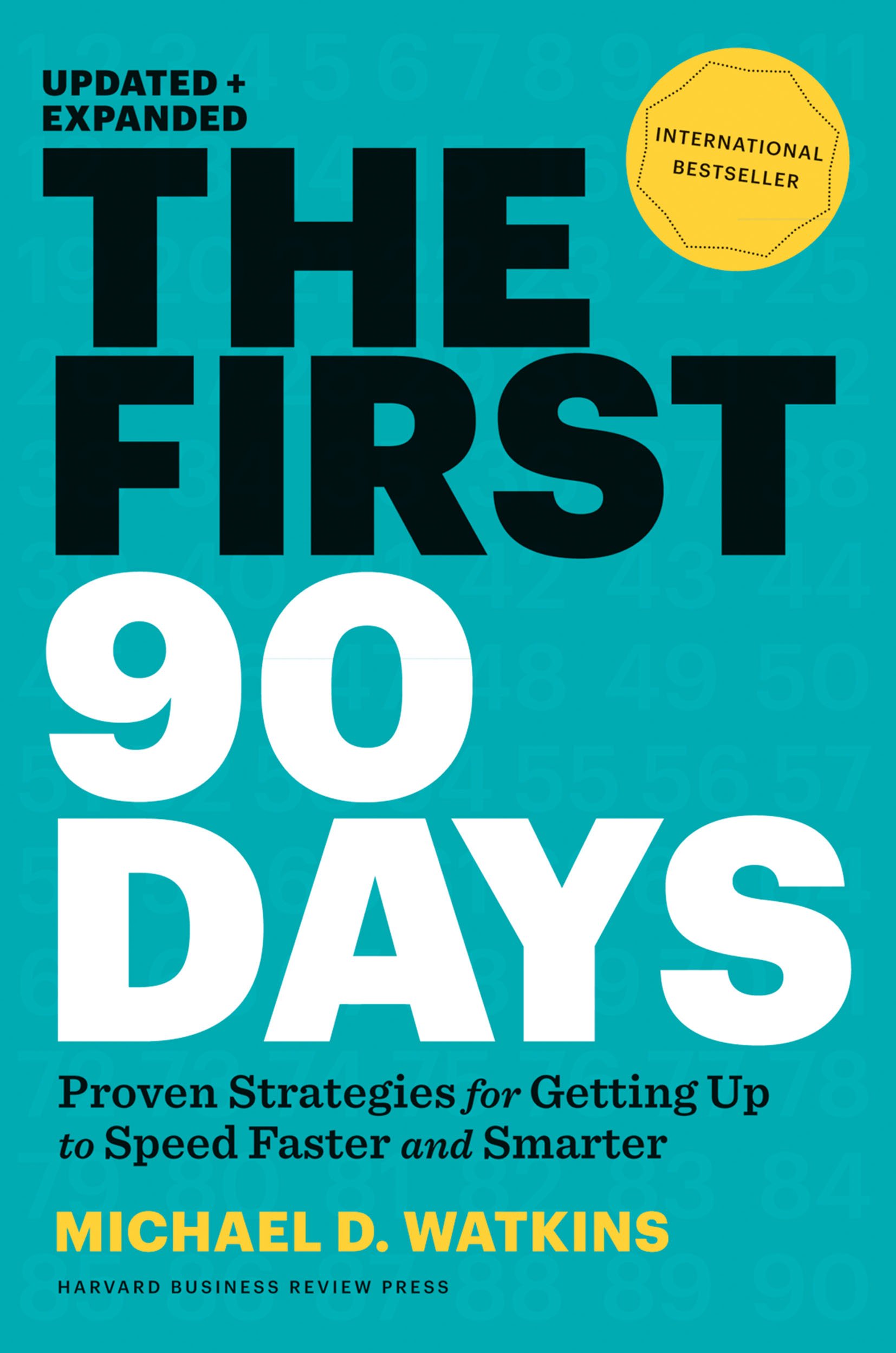 In The First 90 Days Michael D. Watkins shares his thoughts and strategies for effectively navigating a job promotion or new leadership role. He makes the very obvious and astute point that the first three months in a new leadership position must be approached with many considerations in mind. Understanding what points to focus upon during the formative window of the transition will have a great deal to do with the long-term success of a leader. A promotion is an affirmation and a great vote of confidence in the individual by the organization. Making the effort to transition successfully by giving proper consideration to the importance of the redefined relationships, the new leadership expertise that is required, the goals of the company, the problems one was hired to address, and the expectations of superiors are some of the topics that Watkins clarifies in this easily readable volume.

While the critical time period for a successful transition naturally differs from career to career, 90 days is used to illustrate how quickly those who are being led and those who supervise the newly promoted leader are forming their perceptions on his or her future effectiveness.

An earned promotion is a significant step for an aspiring leader in their career of choice. Often new leaders make the understandable mistake relying on old skill sets and patterns of behavior that have made them successful in past positions, yet find that they are inadequate or incomplete for the new role into which they have been placed. Watkins identifies several areas on which the newly promoted leader would be well served to concentrate for a successful transition and for future success.

The reader is encouraged to recognize that in a transition one can find themselves in a weak position for a number of reasons. Accurately recognizing and assessing the challenges and possibilities of the new role is crucial. Watkins speaks specifically about the formation and handling of crucial relationships, particularly with supervisors, peers and those who also desired the promotion for themselves. Quickly acquiring new skills required for the performance of the job as well as making the effort to take on tasks that are outside of their area of comfort are steps in the right direction.

The book introduces the reader to several areas for consideration following a promotion. Watkins repeatedly cautions the reader against relying on “old habits”. Challenging oneself by leaving behind old ways of performing and upgrading your competencies is a theme throughout the book. Taking time to develop an action plan that is right for the new leader is also addressed. Special mention of effectively assessing the strengths of your team and reorganizing said team with purpose is highlighted for the reader. Seeking ways to effectively communicate and receive feedback is also explained as being vital to the new leader. In addition, tips on how to understand and engage positively in the politics of the organization are referenced several times throughout.

As demonstrated in the pages of the First 90 Days, leadership is an intentional set of actions, and a positive culture is created through focus attention to detail and a commitment to an ideal. At Fired Up! Culture it is our mission to help new leader be successful both in the near and long-term.

The world’s most trusted guide for leaders in transition

Transitions are a critical time for leaders. In fact, most agree that moving into a new role is the biggest challenge a manager will face. While transitions offer a chance to start fresh and make needed changes in an organization, they also place leaders in a position of acute vulnerability. Missteps made during the crucial first three months in a new role can jeopardize or even derail your success.

In this updated and expanded version of the international bestseller The First 90 Days, Michael D. Watkins offers proven strategies for conquering the challenges of transitions—no matter where you are in your career. Watkins, a noted expert on leadership transitions and adviser to senior leaders in all types of organizations, also addresses today’s increasingly demanding professional landscape, where managers face not only more frequent transitions but also steeper expectations once they step into their new jobs.

By walking you through every aspect of the transition scenario, Watkins identifies the most common pitfalls new leaders encounter and provides the tools and strategies you need to avoid them. You’ll learn how to secure critical early wins, an important first step in establishing yourself in your new role. Each chapter also includes checklists, practical tools, and self-assessments to help you assimilate key lessons and apply them to your own situation.

Whether you’re starting a new job, being promoted from within, embarking on an overseas assignment, or being tapped as CEO, how you manage your transition will determine whether you succeed or fail. Use this book as your trusted guide.