Want to Build Trust? Stick to Your Values

Previous Next
Want to Build Trust? Stick to Your Values

As a child, they made no sense to any of us. The words “do as I say, not as I do” rang hollow and were full of contradictions even before we had the ability to question them. As teenagers the concept became even more difficult to accept. Framed as “you’re too young to understand,” we knew there was a discrepancy between our experiences and the expectations of those with influence over us.

Now, as adults, we are in a position to question that logic. Though they might be junior in the business hierarchy, team members are equipped with the ability to analyze and evaluate what they see. They can also react to that information, perhaps compelled to vote with their feet.

It gives us cause to wonder, in the world of working adults, how it is that situational ethics and malleable values are somehow rationalized from a position of authority.

An Impact That Goes Well Beyond Head Scratching

Trust in the values and choices of a leader is the primary reason why team members choose to devote their best efforts and remain with a company. Thus, actions that run directly in opposition to stated values seem to make very little sense. Why sow doubt in the minds of those needed most to make an enterprise successful? Misaligned behavior and conduct on the part of those in charge can have a startling impact. 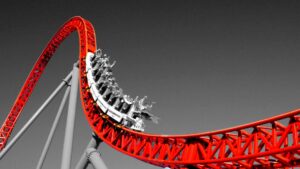 Trust in leadership derives from team members being able to match what they’re told with what they see take place. As the old adage goes, it can take an entire career to develop a reputation and only a moment to lose it.

When that moment arrives and brings with it the pressure of immediate action, it can weigh heavily upon a leader. What factors does that leader need to consider? More specifically, does the immediate return of a short-term decision, where a leader publicly contradicts their espoused values, outweigh the long-term loss of credibility with one’s team members and peers?

Is a quick win really worth the potential loss of trust engendered by such a decision?

The Leadership Message Is Constantly Transmitting

“Your actions speak so loudly, I cannot hear what you are saying,” — Ralph Waldo Emerson

Emerson’s words should remind anyone in a leadership role that their behavior is always on display and under evaluation. Moreover, how they describe themselves is constantly measured against their actions, especially when competing choices are available.

It is vital for leaders to understand that those they lead are always evaluating. Team members ask themselves whether those in power are earning their loyalty and trust. The most common way this occurs is by the Contradiction Quotient. This theory describes how team members divide the number of times preached values align with the actions of those with the power to act in contradictory ways.

Those in positions of authority commonly believe the results of their decisions will somehow retroactively re-engender trust lost due to the Contradiction Quotient. This is not the case.

Behavior studies reinforce the findings that people who are disappointed by the actions of their leaders do not return to previous levels of trust once that trust is compromised. Leadership teams must understand this, because trust is the basis for future willingness and commitment.

When the moment to request a big commitment arrives, will the response be one of willing enthusiasm, or merely a room filled with guarded emotions and skepticism?

People love being part of a great team. Great teams:

Great teams are most easily recognised through the commitment their team members share and the work those people invest into aligning their efforts with their values.

Organizations that demonstrate high alignment with their values not only see higher levels of productivity, they also experience enhanced customer loyalty. If the long-term improvement of the bottom line is the goal of leadership, one needs to look no further than the myriad of business scandals that have seen those in authority cheat and compromise values for a perceived quick return. In the prominent cases of Boeing, PG&E, and Volkswagen, departures from ethics and values have proven disastrous to profitability, as well as customer perception. In the cases of Washington Mutual and Wachovia, it meant their demise.

Living the values can be difficult. It can even result in discomfort and self-doubt. Sometimes there’s a perception that the entire world is getting rich on the next big quick and easy scheme. But patience and value-based decisions are ultimately the path forward.

“Conduct your business each day in a manner that will allow you to sleep peacefully at night.” — Thomas Mann