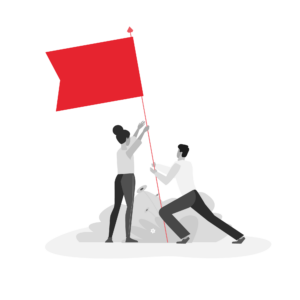 It’s not rare for leaders to arrive in new roles and find themselves facing entrenched resistance. This can include resistance to change, new leadership, corporate initiatives, and any number of adjustments which, to most, would seem trivial.

While some resistance to change can be inherent, entrenched resistance is learned and perpetuated. It happens when team members begin to consider pressing against the tide of improvement, rather than moving with it in their own self interest.

Entrenched resistance grows and thrives in environments where leadership is lacking. Repeatedly forcing a team to submit to leaders who are unprepared to lead or have motivations other than service, results in friction, subversion, and outright resistance.

Such opposition can come from structured bodies, such as unions, or other entities that see their objectives as being inherently in opposition to leadership. Most often, such cultures are sustained by one or more members of the team, people who have taken on the role of protecting their co-workers from what they perceive to be an endless string of damaging authority figures. Compounding the irony, these champions of the downtrodden often find more satisfaction in their roles as protectors than they do in their daily work.

A Title Does Not Make a Leader

Placing people in a leadership role and hoping they will be effective is a failed strategy. A title and position of authority do not make a leader. Rather, to enter a role with a reasonable expectation of success, a leader needs the following skills and qualities:

If you’re entering a role where results have been mediocre to sub-par for an extended period of time, your first task is to listen. Hold a 30- to 45-minute conversation with each member of the team. This is essential! Find out who each team member really is, and listen for their interests and passions. Ask them about their families and beloved pets. Strive to understand their professional journeys and aspirations. Discover what they like about their work and what frustrates them.

And, ask the key question, “What do I, as the leader, need to know before beginning this role?”

You’ll begin to see the common beliefs held by your team and what they perceive as endemic challenges. You’ll also receive meaningful feedback on how the lives and working conditions of those you serve can be improved. But, if you hear repeated messages about past mistreatment, abuse of positional authority, petty feuds, games, or outright incompetence on the part of leaders, you can expect that you’ll soon be tackling entrenched resistance.

In that case, begin your role with a clear understanding that the culture of your team will have to change. This will help you prioritize and sequence your transition work over the first 30, 60, 90, and 180 days.

There will be little, if any, lasting substantive improvement in the performance of your team until the foundation of their fears and grievances is addressed. This takes significant time and requires you to be understanding and positively persistent. 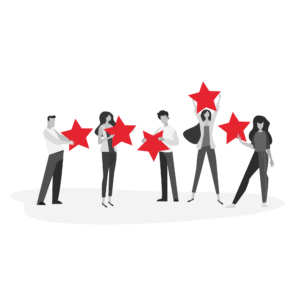 Apply consistency and caring to relationships faithfully, particularly over the first 180 days. Teams that have experienced poor leadership are always looking for things to go sideways. Show follow-through and commitment by strategically delivering on system improvements.

The most difficult and important task is to create a sense of shared ownership for outcomes. As long as your team, and the members leading the resistance, consider it in their best interest to push back, your relationship will remain transactional. When a trusting culture has been established, one that includes all the aforementioned pieces, then you’ll be able to move to mutual interest, followed by shared ownership.

Traveling from entrenched resistance to shared ownership is a long and sometimes frustrating journey. Yet, as those who have successfully completed the mission can attest, there are few teams more loyal or thankful than those that have traveled this road.

Lead your team, unleash your creativity, and develop the tools to drive lasting change by downloading our free eBook.